Someone might not know, but the PDF standard allows you to create fillable forms. That is, the finished document can be edited directly from the viewer. This is most often used for questionnaires and various forms. The user fills in the fields and sends the document by email or prints it.

Today we will look at how to create an interactive PDF form for evaluating HR interviews in Delphi and Lazarus.

The new version of FastReport VCL 6.9 has the ability to export reports to PDF format with support of interactive forms. In the export settings, InteractiveForms and InteractiveFormsFontSubset options were added. The second option, string-expression, allows you to build a font character set for an interactive form object with the font included in the file. Usage example: A-Z,a-z,0-9,#43-#47,!@#$ 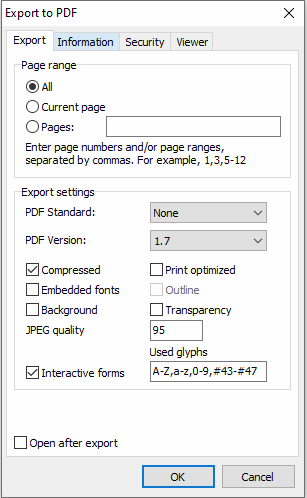 All these objects have a new property - Editable, which has a set of values that allows editing when viewing and/or exporting.

For example, the designer created a report template for assessing HR interviews, which contains fillable fields, checkboxes, and the ability to upload your logo. 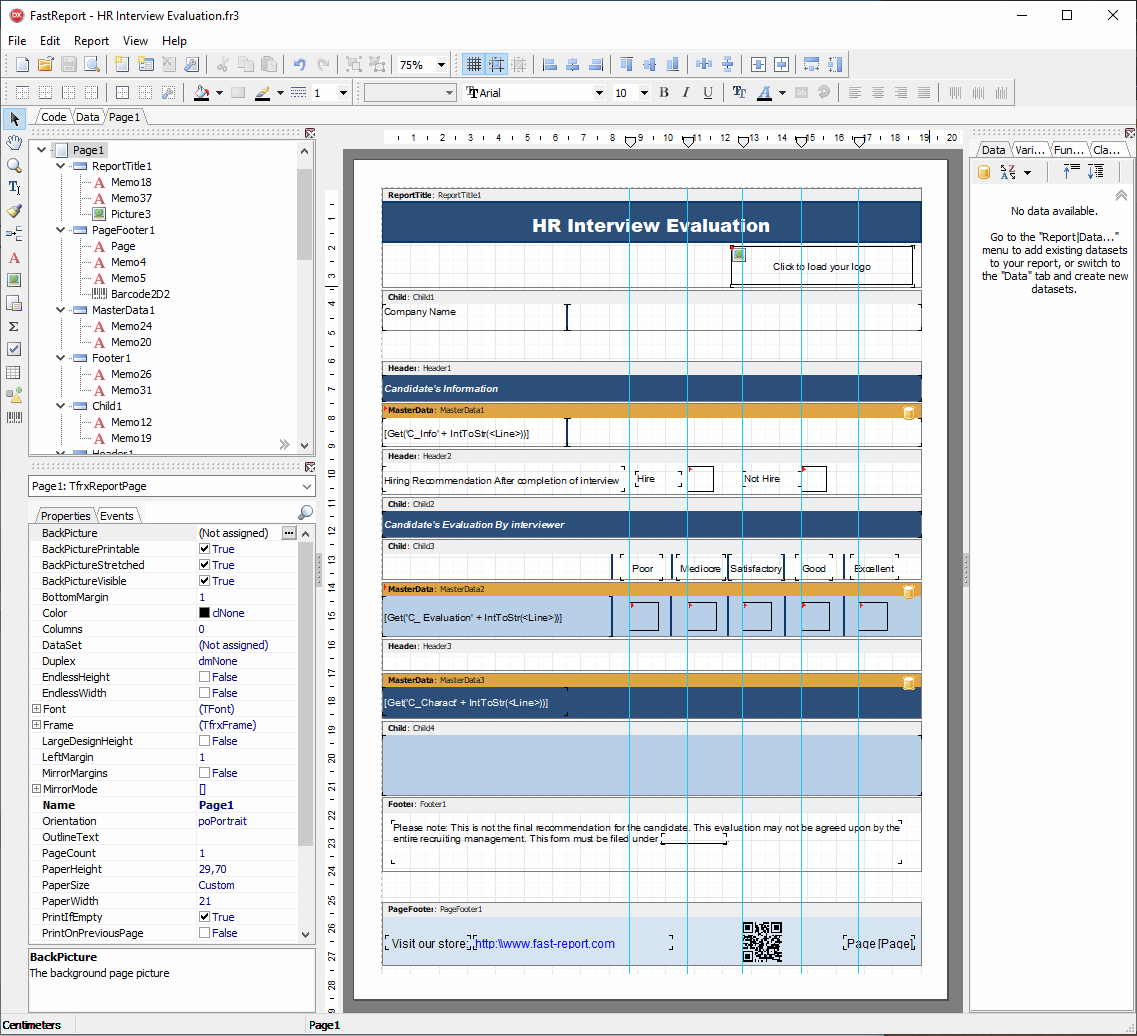 You can also change the values of these filled fields in the FastReport preview mode by holding Alt while clicking on this field. 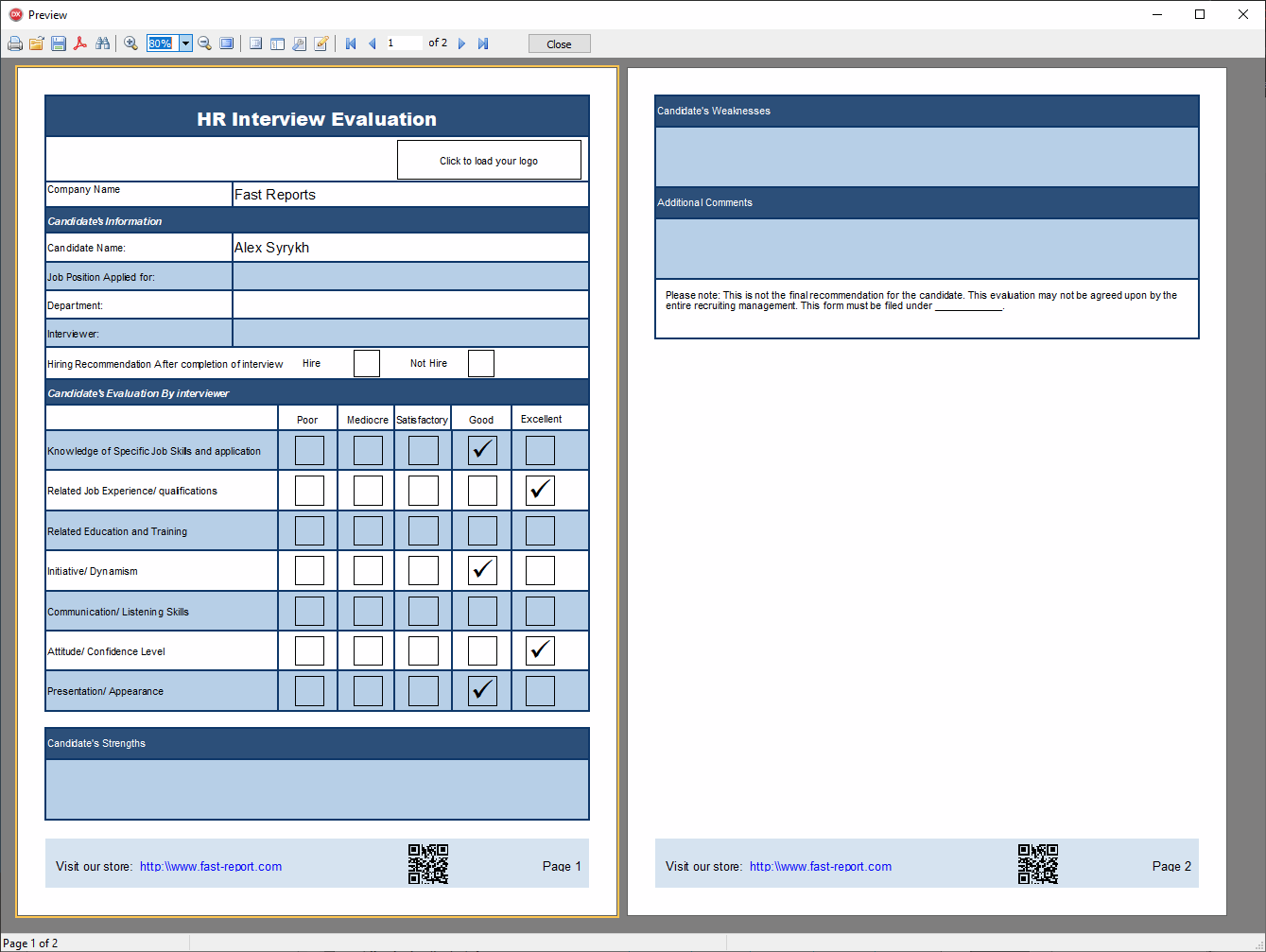 After exporting to PDF with the appropriate values set, you can easily edit these fields in viewers such as Adobe Acrobat Reader. 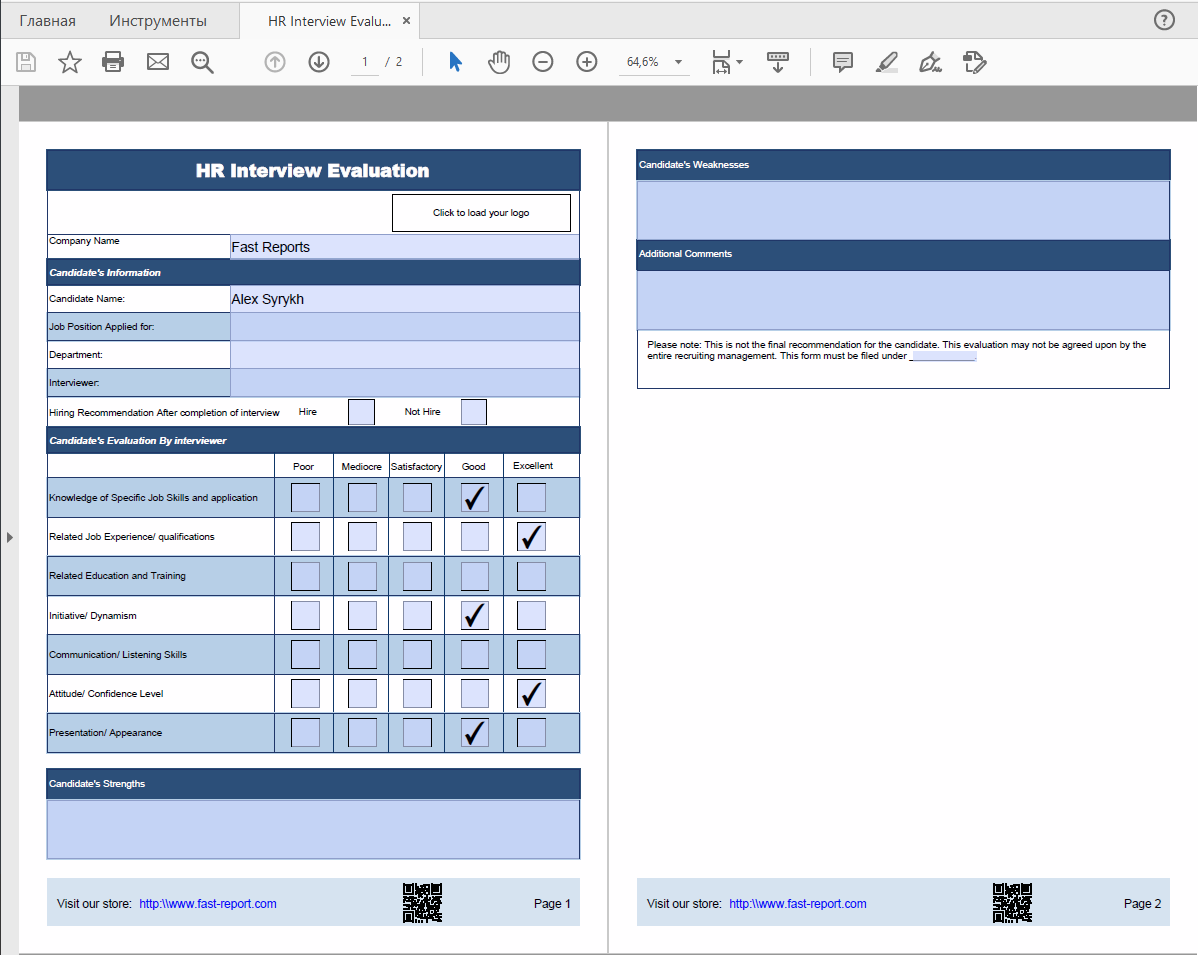 Thus, the function of editing the report in the preview mode can be used for forms and questionnaires, in our case for the HR interview assessment form. You can save the report in .fp3 format and distribute it. Users will fill in the report like PDF forms.

Or you immediately export the report to PDF and distribute the file as well.