How to import a report from StimulSoft into FastReport .NET 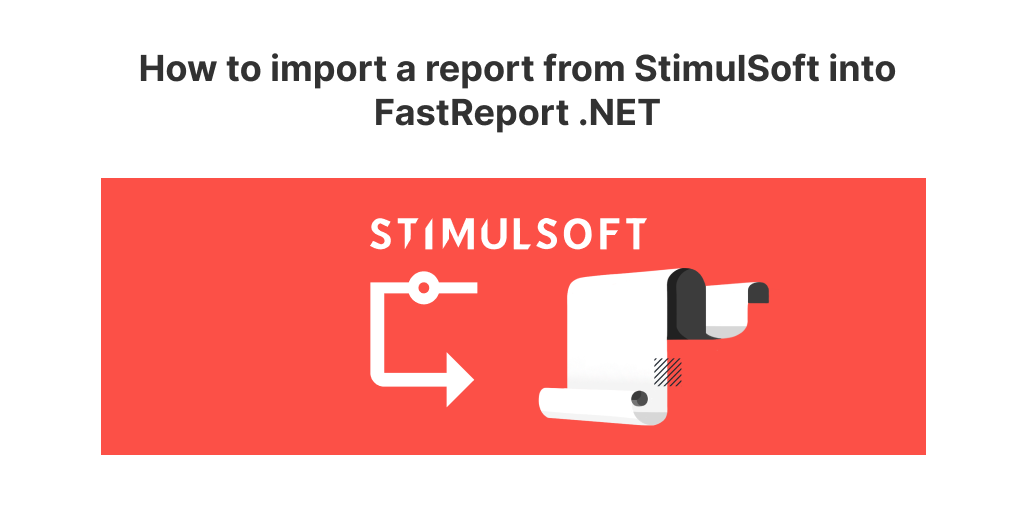 Import of StimulSoft reports is now available with the 2022.2.13 release. To use it, go to the “File” menu in the FastReport .NET designer, FastReport CoreWin and FastReport Mono and click on the “Open ...” item. Select the filter "StimulSoft files (*.mrt)" in the window that appears. The uploaded file will be automatically converted into a FastReport report and opened in the designer.

The resulting imported report may differ. Most likely, you should finalize it by adding connections and changing functions with variables in text objects. StimulSoft report code cannot be converted to work properly for FastReport reports due to technical features of the product. Thus, the program code will be converted into a comment.

Also, StimulSoft reports may contain implementation objects that are not supported by the FastReport designer. These objects will not be exported or will be replaced by others in the way that the generated report is as similar as possible to the one created in StimulSoft. It is important to note that cross-bands are imported by moving their contents to the parent band.

StimulSoft. Otherwise, the locations, sizes and types of objects with some properties will match those in the StimulSoft report.

A report imported from StimulSoft to FastReport 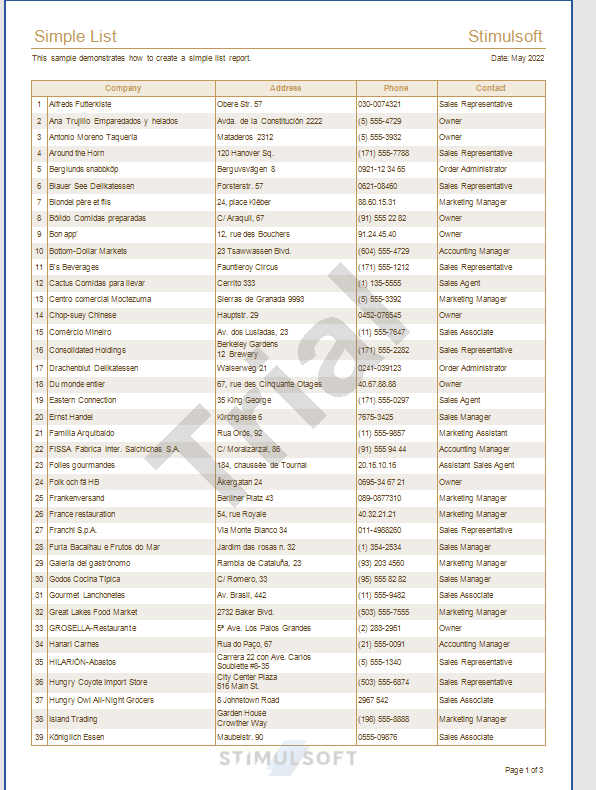 The result with some modifications: 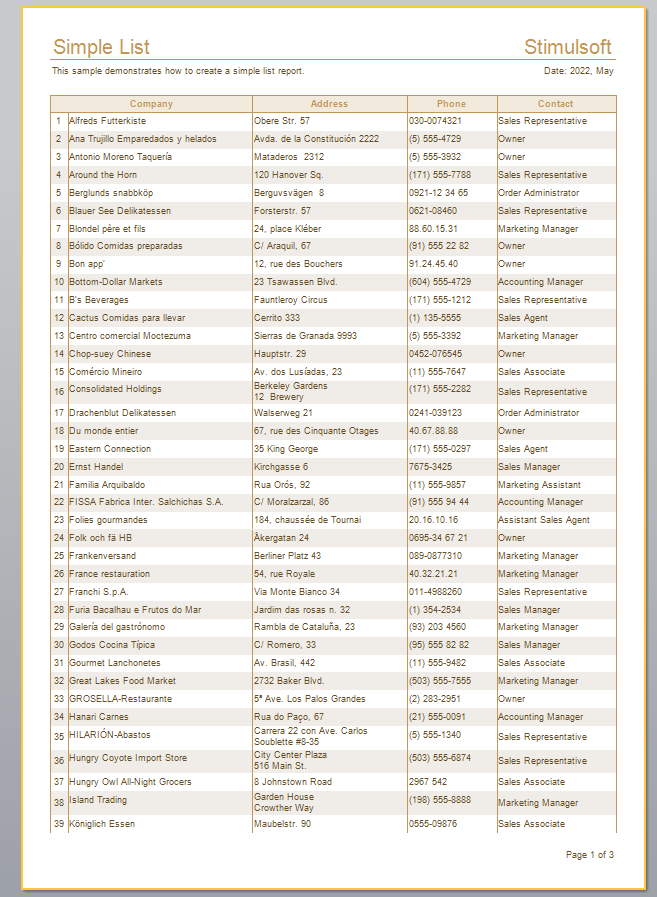 You can notice one difference in these examples — there is no band that closes the footer of the table in the imported report. This is explained by different implementation of the data footer (DataFooterBand). 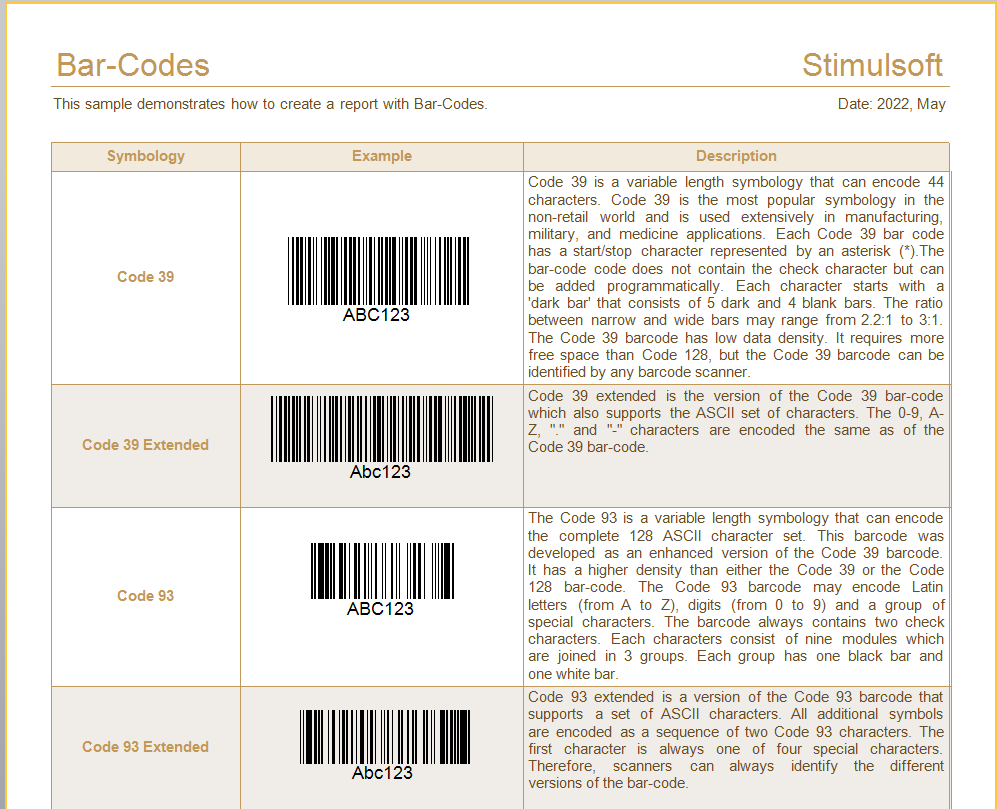 You can see the result of converting to the FastReport designer in the following screenshot: 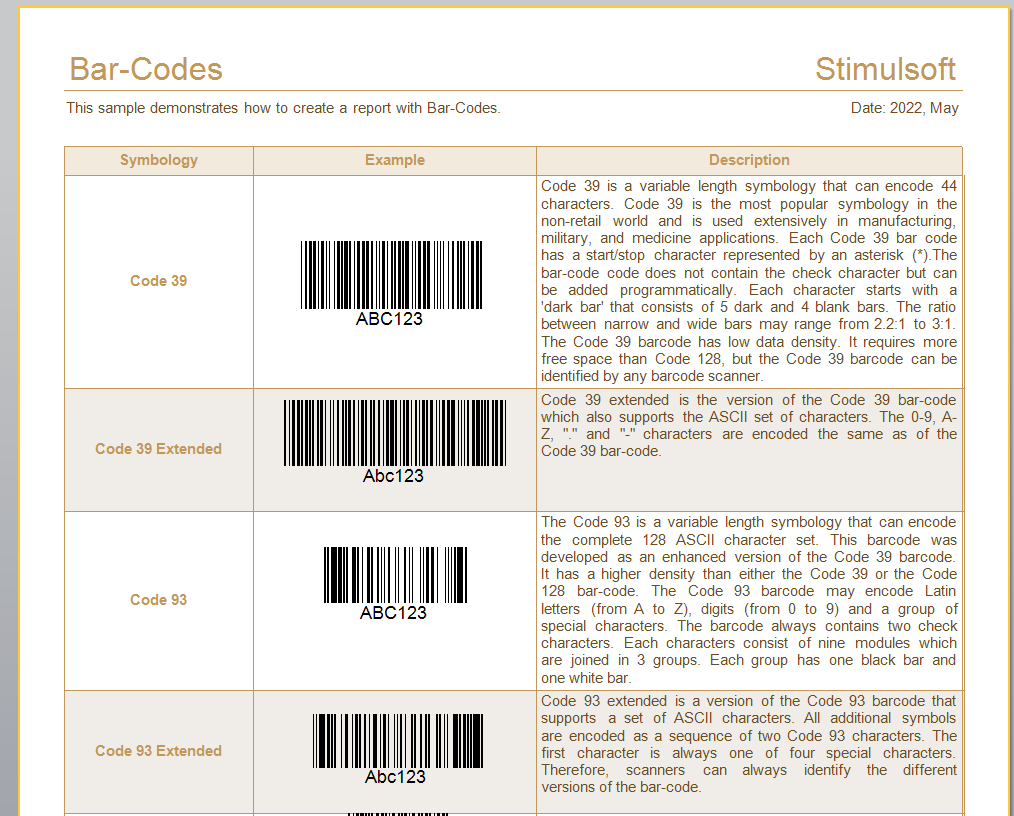 This import feature will enable FastReport users to very quickly convert a report from StimulSoft and as accurately as possible. This will save labor effort for converting and building familiar reports in the FastReport designer.

Please contact our support for all questions related to importing.