The new version of FastReport .NET 2020.2 supports the PDF/A-1a standard in PDF export, and added new export to DXF.

Now there is a version of FastReport .NET Core compatible with Core 3 and Core 3.1. 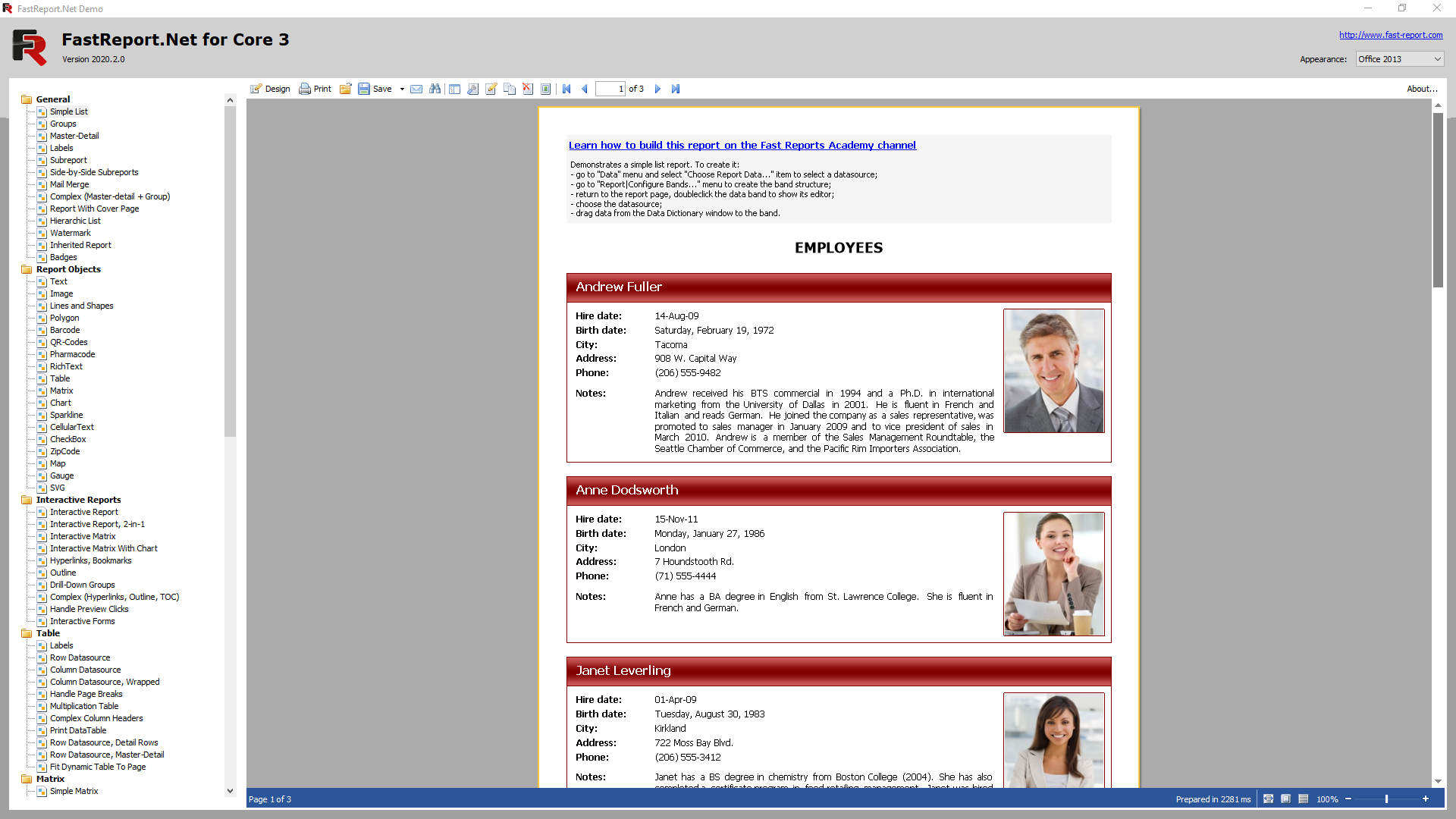 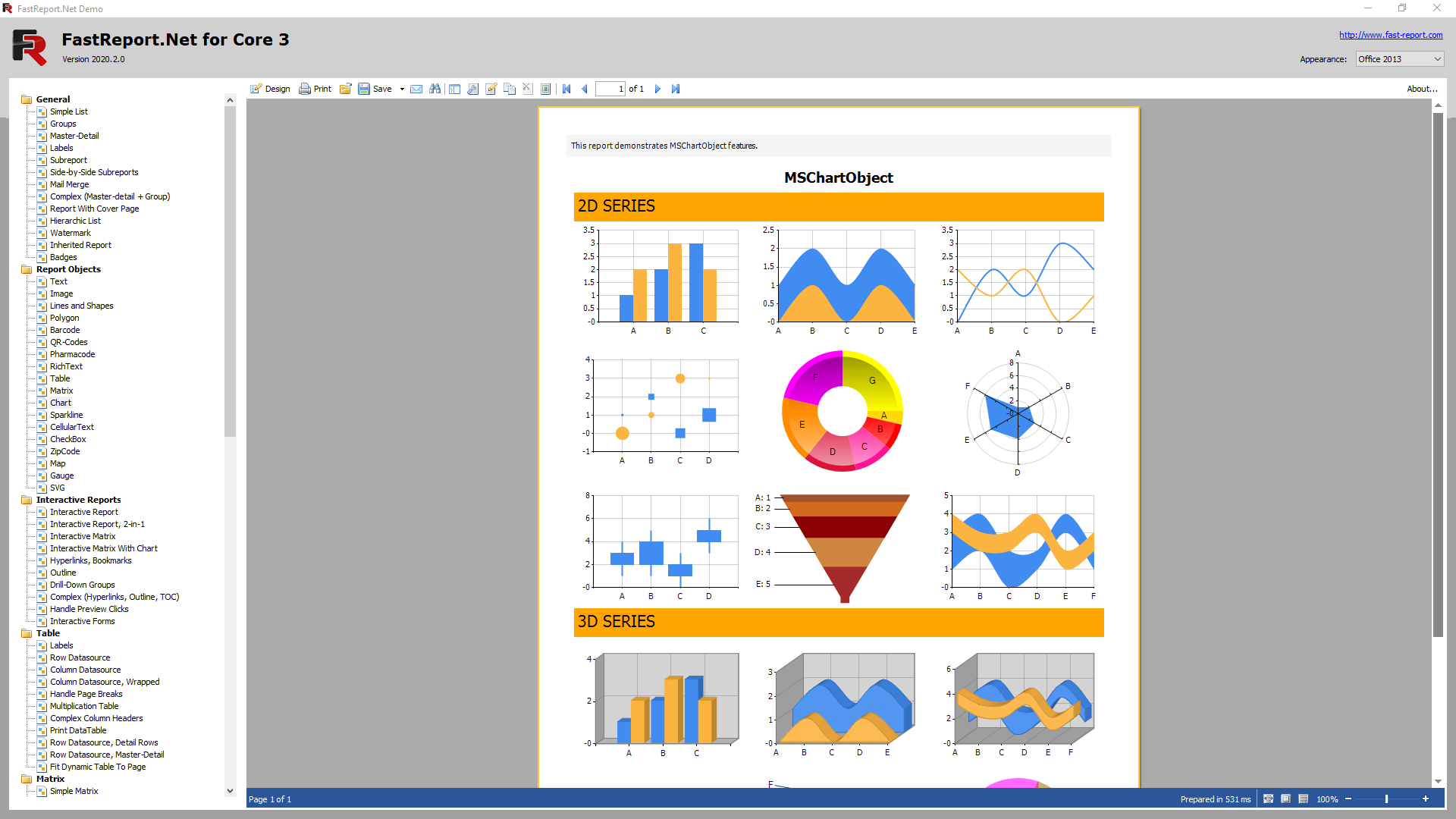 In addition, functions have been added to the online designer for FastReport .NET Core.

+ added "AutoEncode" property for DataMatrix Barcode. By default, if true, it encodes the &1; as a symbol of FNC1. If false, the character is encoded as is.

- fixed incorrect value of Total, if it refers to another Total

- fixed a bug where the table was not transferred correctly

+ added an ability to replace pictures with drag & drop

+ added an ability to open report file by drag & dropping

* when changing the window, the context menu now closes

- fixed a bug with creating the Intelligent Mail barcode

- fixed a bug with JSON-connection in Connection Wizard

- fixed a bug with incorrect drawing of horizontal guides

+ added "About" button in toolbar of preview window

- fixed a bug with printing of layered Html export, when the report contains pages with landscape orientation

- fixed a bug where exporting to EMF called an exception

+ added version of FastReport for Core 3/3.1 for Windows-only

* updated a nuget dependencies to release versions instead of previews

* added a new way for saving reports in online-designer: DesignerSaveCallBack is obsolete, please use DesignerSaveMethod instead