Speaking of the .Net framework, we usually imagine the #C programming language. Simply because the share of C# programmers is overwhelming. But we should not forget about other languages as well. For example, a user of the report generator from Stimulsoft wants to create a report from the application code in the VB.NET language:

Can you give me some guidance on how to do this would be possible to design the report from VB and it shows? Or if I'm omitting any instruction or object to make the report?..."

Like any other report generator that allows you to create reports from code, Stimulsoft Reports.Net can be used from code in the VB.Net language. The developers have kindly explained to the user how to do this.

In fact, it is only an interpretation of C# code:

It is clear from the code and comments that a report with a grouping of data is created. Nevertheless, this example shows the work with the most frequently used objects in simple reports. Note that it is not enough to create a report object, you still need to "put" it on the object where it will be displayed. This is the key point in correct creation of the report from code. 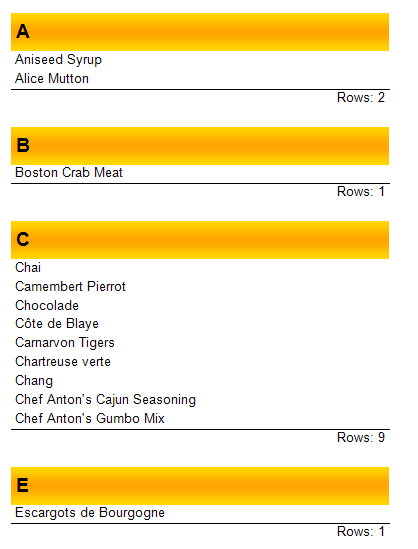