In opposition to SSRS, I deliberately took a not very well-known FastReport .NET. It is interesting to compare a product from the leader of the software market and from a small company. 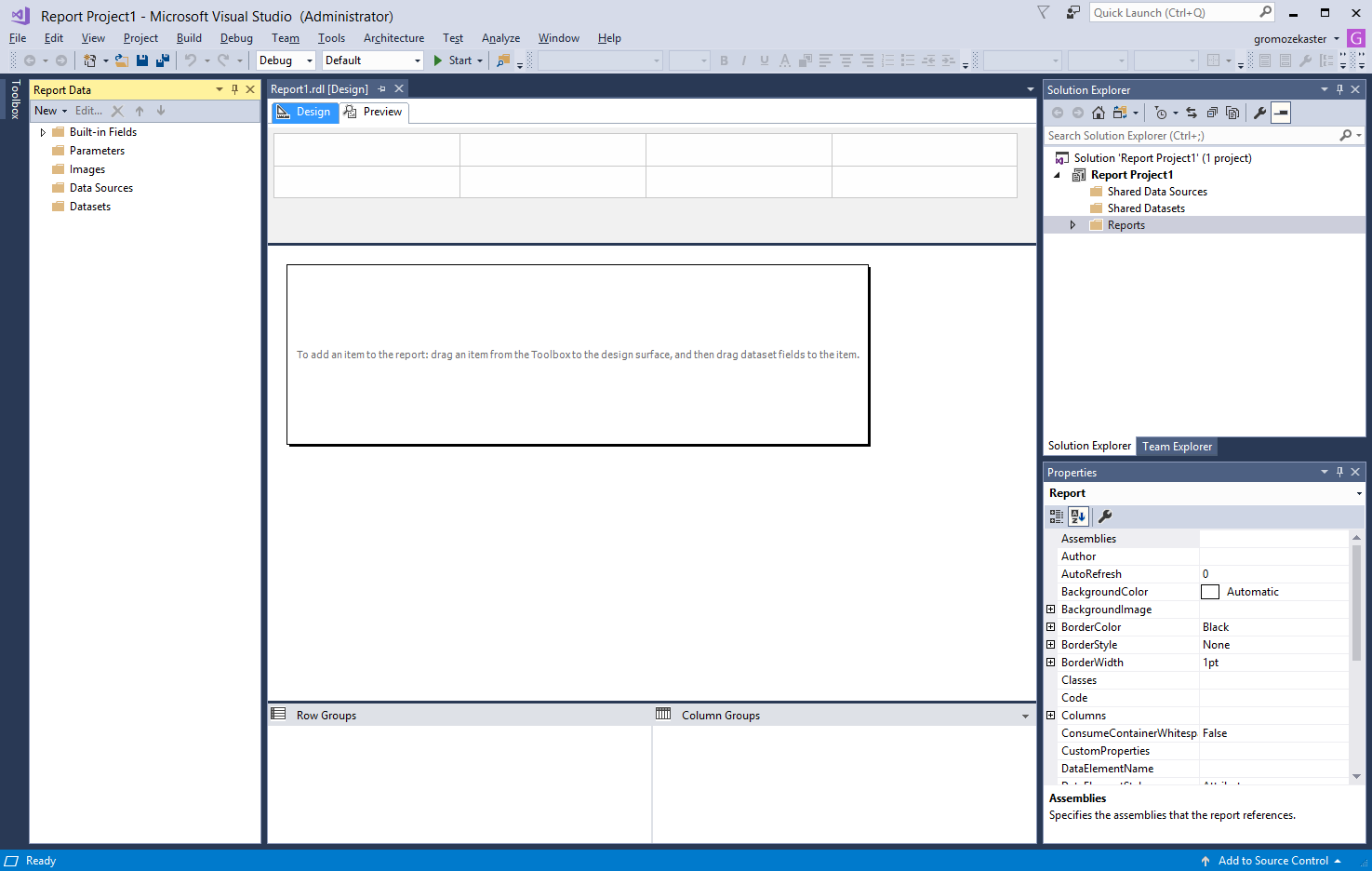 And now look at the FastReport .NET designer: 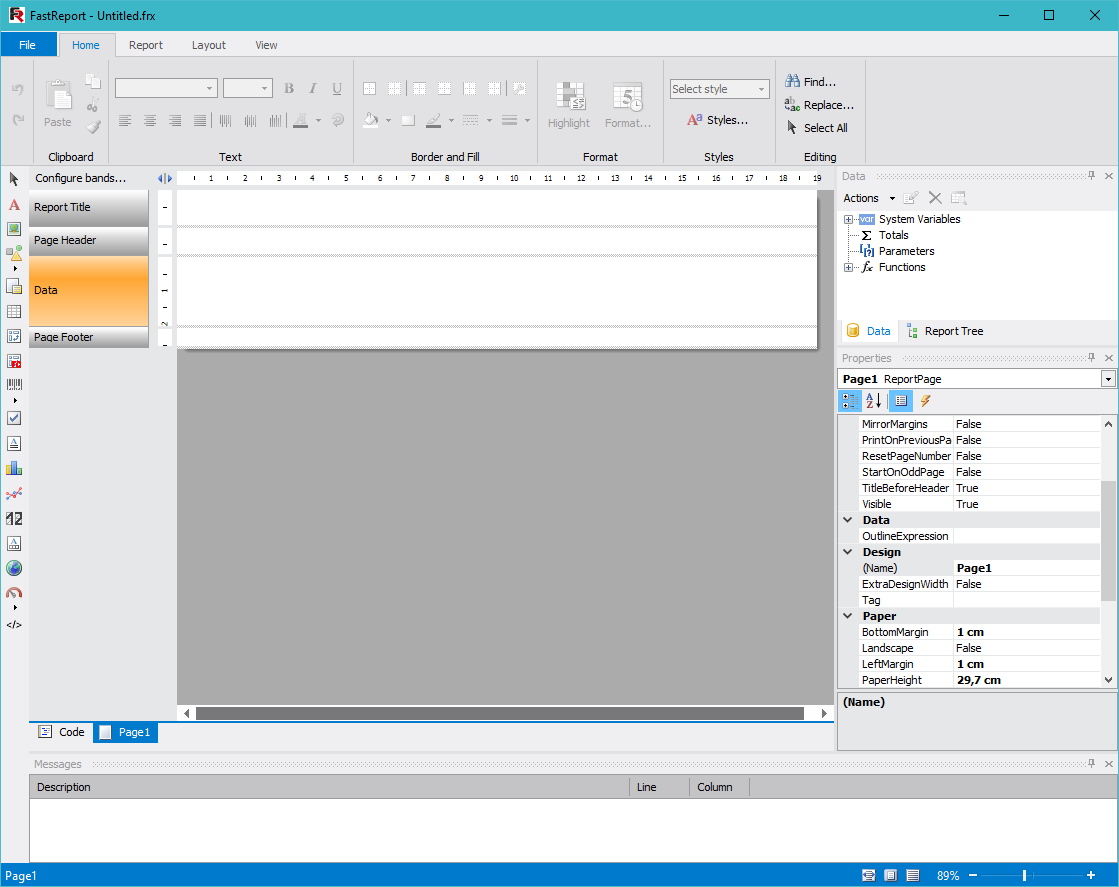 Are there any similarities between the two previous screenshots? In the last one the upper toolbar is used in the MS Office 2007 style. On the left there is a component panel, whilst on the right there is a data tree. In the middle there is a workspace. Everything is easy to be understood and be worked with. However, there is one feature in the report template architecture - bands. These are containers, that delimit the information for the intended purpose. At the beginning of the development of FastReport .NET, this will take time to understand, but the advantages of this approach level out these costs.